There's an old joke at the distillery that goes, "If we could make it any faster, we wouldn't." Because at Maker's Mark, it's one bottle at a time. Every time. That's as true today as it was when our founders filled our first bottle. And since then, it's been a widely held belief around here that character isn't made by machine.

Red winter wheat imparts the front-of-palate sweetness that Maker's® is known for. 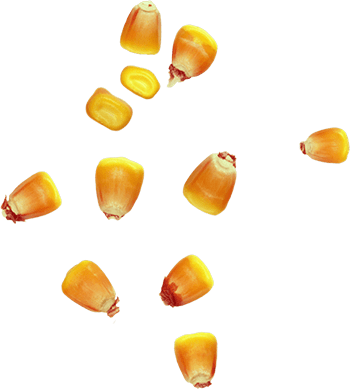 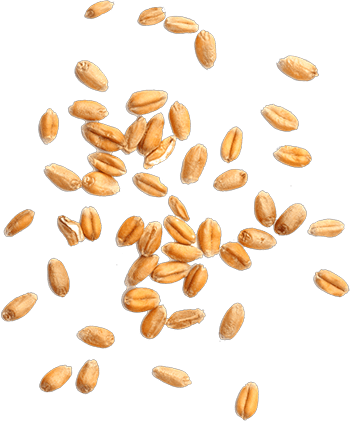 Soft red winter wheat is the Maker's Mark® flavoring grain and star of its mash bill. In a day when distiller's rye – which can have an unwanted bite – was the go-to grain for whisky makers, Bill Samuels, Sr., set out for a flavor that would let his new bourbon stand out in the crowd. After some trial and error, he discovered exactly what he was thirsting for. 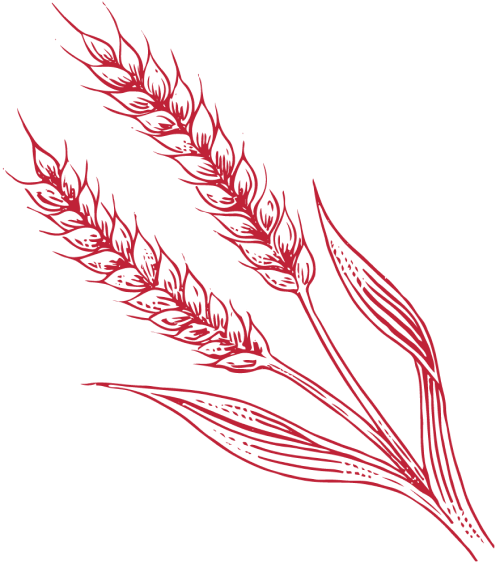 The limestone shelf where the distillery is located is key to crafting the unique taste of Maker's Mark – the only distillery with its own water source and watershed. Kentucky limestone filters out iron from water, which is unpleasant in bourbon. The pure calcium- and magnesium-rich water surrounding the distillery makes better drinking water and a better sour mash in which yeast can flourish.

A yeast strain older than Maker's itself.

Sometimes the best, freshest ingredient available is an heirloom yeast strain that's more than 150 years old. In fact, this highly guarded microorganism has been passed down to every bottle of Maker's Mark ever produced. Would it have been easier to switch to cheaper stock yeast when everyone else was? Sure. But, it wouldn't be better. And, it wouldn't be Maker's Mark.

The yeast ferments in tanks that are original to the old Burks Distillery that predates Maker's Mark. They're made from cypress planks more than 100 years old. Hard to source these days, cypress is ideal because it has no effect on the flavor of Maker's Mark.

In addition to being stunning to look at, these gleaming copper stills are key to our double-distillation process, which removes impurities for a more refined sipping whisky. As demand grew, our friends at Vendome Copper & Brass Works fabricated and helped us install an exact replica of our original still, creating this cool mirror illusion in our stillhouse and ensuring every drop of Maker's is still made the same way as Bill intended.

The perfect degree of char.

It takes just 40 seconds of fire to achieve Maker's Mark customary number-three char. The process of firing barrels opens pores in the staves and caramelizes the natural wood sugars. This helps give Maker's Mark those pleasant vanilla notes. But before the firing can happen, the cooperage (or barrel-building company) must "season" the new American white oak used for our barrels outdoors for nine months, including summer. This helps remove the bitter tannins in the wood that would otherwise go into the bourbon.

We rotate our 525-pound barrels by hand to ensure proper exposure to the different temperatures around the rackhouse. This adds consistency from barrel to barrel while setting us apart from distillers who abandoned the practice long ago. Barrels spend a minimum of three hot Kentucky summers in the top of the rackhouse where the whisky expands through the wood, gaining color and flavor. Our tasting panel determines when the whisky is ready to move to a cooler section, keeping it from maturing too quickly.

Explore the variantsCrafting each expression of Maker's Mark.

Maker's tells us when it's ready, and not the other way around. Unlike most distillers, Maker's Mark isn't satisfied simply setting a clock. That's why we age to taste, not time. It usually takes between six to seven years for the whisky to be ready.

Readiness is determined by our Master Distiller and expert tasting panel. (Possibly the best job ever.) Once the bourbon is deemed Maker's-worthy, the barrel is dumped and mixed into batches. From there, the liquid will take one of four paths.

This is barrel-strength Maker's Mark in all its glory, straight from the cask without any additional proofing. This barrel-strength version of our bourbon goes in the bottle at 108 to 114 proof yet goes down surprisingly smooth. It retains that familiar Maker's Mark approachability with amped-up notes of oak, caramel, vanilla and spice.

The classic Maker's Mark begins as cask-strength bourbon, is filtered and is then proofed down to our optimal taste profile at 45% alcohol (or 90 proof.) Maker's Mark is bottled and then hand-dipped in our signature red wax by a member of our dipping line – just like we've done since bottle number one.

Maker's Mark 46™ was our first new major product in 60 years and the first in our wood-finishing series. It starts out like Maker's Mark and then is matured longer with 10 seared French oak staves added to the barrel and stored in our limestone cellar. This delivers a uniquely bold and smooth Maker's expression.

Bottled at cask strength – which is 108–114 proof – Private Selection is made from a choice of five different wooden stave types that are selected by our retail partners. The staves are inserted into a barrel and aged for nine additional weeks in our limestone cellar, where we keep the temperature a cool 50 degrees. This ensures the bourbon pulls flavor from the staves but doesn't expand too far into the wood and become bitter. There are over 1,000 possible combinations of Private Selection, all with a unique finish and bold flavor.

Similar to how it was in Margie's kitchen all those years ago, Maker's Mark is hand-dipped in 400-degree red wax. You can still check out the various dipping styles of the folks on our dipping line, from the skinny dipper to the no-nonsense dunker. You can even express your style by dipping your own bottle of Maker's Mark at the distillery.

Our distinctive labels – another Margie Samuels original – are still cut on a hand-operated, 1935 Chandler & Price printing press. The trusty label maker has long been a part of Maker's Mark. And, when the original finally wore down, an exact replacement was acquired. It's currently on display or, rather, hard at work in our label room at the distillery. 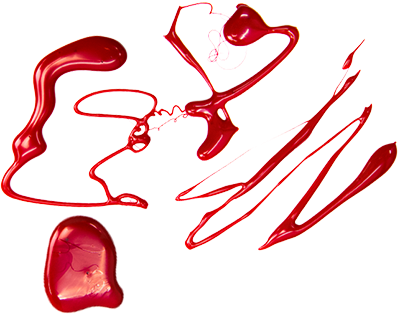 See where Maker's is made for yourself.

(And taste it, too.) Though we've added some modern amenities, the Maker's Mark Distillery is like a perfectly preserved time capsule, where we still do things just like we did them in 1953. Check it out sometime.